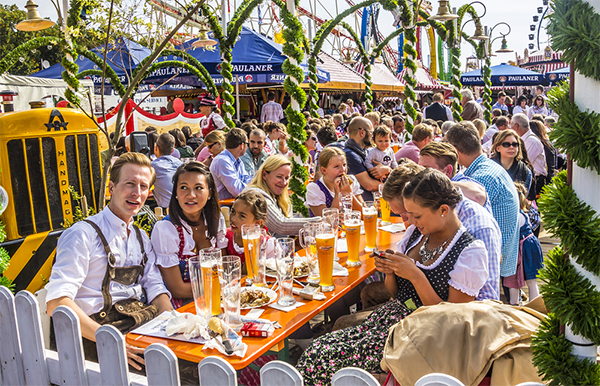 Munich is a favorite destination among visitors to Germany who come to see the city’s historic architecture, especially in its medieval Old Town. Munich also has many cultural attractions, which include several museums and galleries, and the National Theater, which premiered several operas by German composer Richard Wagner. The city, which is the third largest in Germany, is also known for its many festivals. Munich’s most famous festival, its annual Oktoberfest celebration, lasts for more than a month and attracts thousands of visitors from around the world each year. In addition to Oktoberfest, Munich also hosts other festivals that are related to its famous beer including Frühlingsfest, often called “Little Oktoberfest,” which takes place in late April into May. Frühlingsfest celebrates the new beers of spring and features family-friendly activities such as carnival rides, fireworks, and a flea market.A global center for science, medicine, and technology, Munich is also a frequent destination for business travelers. The city is home to nearly 20 universities and several scientific research institutions including the Max Planck Society and the Fraunhofer Society.Flights to Munich are available via Munich Airport (MUC).Make getting to Munich as much fun as being there by booking discount first class or business class airfare with TopBusinessClass. Call or email one of our travel specialists today at (877) 784-0702 or info@topbusinessclass.com, or fill out our easy to use form.
explore top